Russian President Vladimir Putin released a statement about the termination of the Treaty on the Elimination of Short and Medium-Range Missiles (INF Treaty). 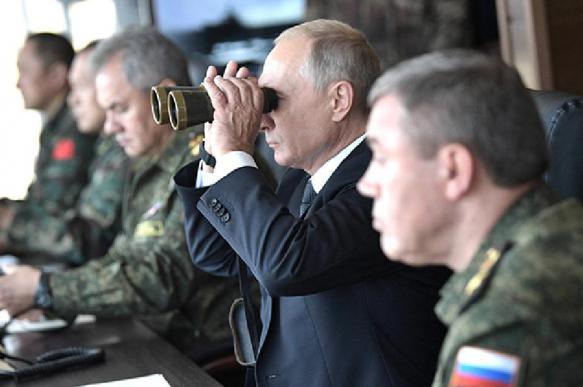 "Regretfully, Russia has to affirm that USA's unilateral, on a far-fetched pretext, withdrawal from the INF Treaty, the demise of one of the fundamental documents in the field of arms control, have complicated the situation in the world in the most serious way and created fundamental risks for all," Putin stated, the press service of the Kremlin said.

Putin holds the United States entirely responsible for what has happened. "Instead of a thoughtful discussion of international security issues, the United States has simply crossed out many years of efforts that were aimed to reduce the likelihood of a large-scale military conflict, including with the use of nuclear weapons," said Vladimir Putin.

"We can not ignore the current state of affairs, we can not be happy with unsubstantiated declarations of peacefulness from our American colleagues and their allies," the statement said.

Putin instructed relevant agencies "in the event reliable information is received proving the United States has completed the development and proceeded to the production of corresponding systems, to start full-scale development of similar missiles."

"Russia considers it necessary, without delay, to resume full-fledged negotiations to ensure strategic stability and security. We are ready for this," Vladimir Putin added, urging the United States for dialogue.