Ukraine will collapse before it becomes part of Russia

Vladimir Zhirinovsky, a State Duma deputy, the leader of the LDPR party (Liberal and Democratic Party of Russia) believes that the President of Ukraine, Vladimir Zelensky, will rule the country for no more than two years. Afterwards, Zhirinovsky believes, Ukraine will plunge into chaos again. 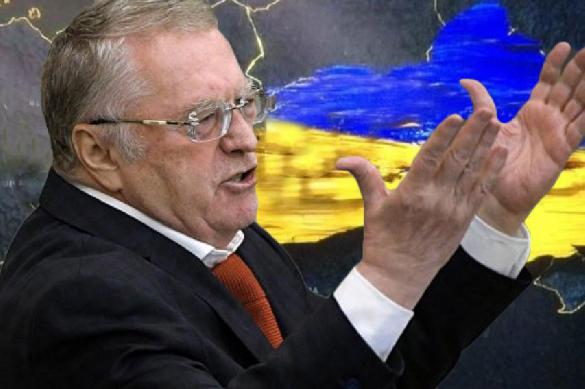 In a message posted on his Telegram channel, Zhirinovsky compared the current state of affairs in Ukraine with "cancer of the fourth stage." Its "metastases have spread throughout the country," he added.

"There's blood all over the country, there is no economy, people are leaving. Zelensky can only be the president of such Ukraine for a year or two, and then he will be swept away. There are thousands and thousands of armed people there, they are "pro-Ukrainian" nationalists, who already know the smell of blood. They don't need peace, they want to plunder and kill. After the Second World War, the KGB and the Soviet army were hunting people like them in the woods for ten years. They can bring their Pinochet to power in Ukraine. Then, they will topple him too. The story will end when Ukraine is divided. In the end, all of Ukraine will return to Russia," Zhirinovsky wrote.

Ukraine held special elections on Sunday, July 21. According to most recent reports, five parties will be represented in the Ukrainian parliament: "Servant of the People", "Opposition Platform - For Life", "European Solidarity", "Batkivshchyna" and "Golos."