Russia pays no mind to Ukraine's protest about Russian passports

Russia will continue issuing passports to residents of self-proclaimed People's Republics of Donetsk and Luhansk, who were deprived of the right to protection and social support in Ukraine. 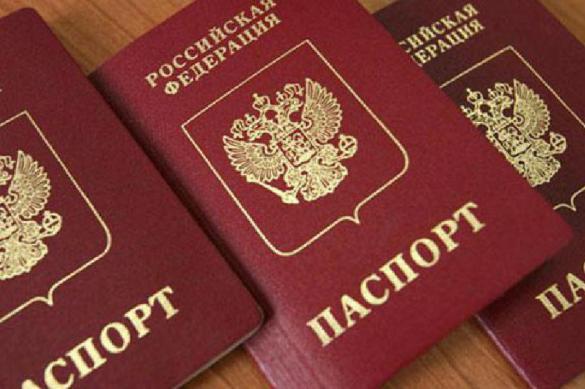 "We will continue issuing passports. This is a sovereign right of Russia and a voluntary desire of citizens of DNR and LNR (Russian initials to People's Republics of Donetsk and Luhansk - ed.). Sanctions are pointless," Oleg Morozov, a Federation Council member said.

Earlier on Monday, Alexander Danilyuk, Secretary of the National Security and Defense Council of Ukraine, said that Kiev was working on new sanctions against Russia. According to him, Kiev was going to complicate the issuance of Russian passports to residents of the Donbass.

Earlier, Putin also simplified the procedure to obtain Russian passports for residents of the Donbass, as well as for Ukrainians who lived in the Crimea or Sevastopol and left before Russia reunited with the Crimea.

Kiev criticized the actions of the Russian authorities and threatened to impose new sanctions on the Russian Federation. In addition, Ukrainian President Vladimir Zelensky ordered to develop a mechanism to simplify the process to receive passports for ethnic Ukrainians.