Putin informed about arrest of US investor Michael Calvey

The Basmanny Court of Moscow arrested Michael Calvey, the founder of Baring Vostok investment fund, on allegations of embezzling 2.5 billion rubles from Vostochny Bank. According to the court order, Calvey will be held in custody until April 13. 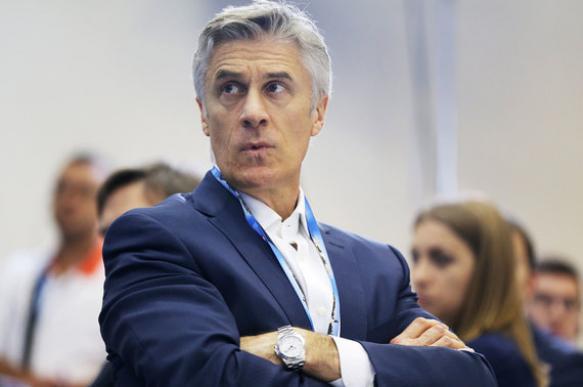 He is going to be charged within ten days or else he will have to be released. The court found that the founder of the investment fund has significant resources at his disposal to be able to either escape or put pressure on witnesses. The court also took into account his American citizenship, as well as the availability of his significant financial resources and connections.

Lawyers asked the court to either send the suspect under house arrest at the place of residence in Moscow or release him on bail of 5 million rubles. The defense will appeal the court decision and insist on a measure of restraint other than detention.

In addition to Calvey, five other persons involved in the case were arrested for two months, including French citizen Phillipe Delpal - a partner of Baring Vostok investment fund.

All of them were arrested on February 15, but the court could not elect a measure of restriction at once. The court eventually decided to postpone the meeting for 72 hours to collect additional evidence.

Michael Calvey may face charges under Article 159 of the Criminal Code of the Russian Federation - "Fraud committed by an organized group on a large scale". Member of the board of directors and shareholder of Vostochny Bank, Sherzod Yusupov, and the bank itself appear as the affected party on the case.

According to the statement filed by Vostochny Bank shareholder Sherzod Yusupov, the First Collection Bureau company controlled by Calvey owed about 2.5 billion rubles to Vostochny Bank.

Calvey and the five arrested top managers decided to settle the debt on unfavorable conditions for the bank, investigators believe.

Calvey does not admit his guilt and claims that the case against him was based on a corporate conflict with Sherzod Yusupov.