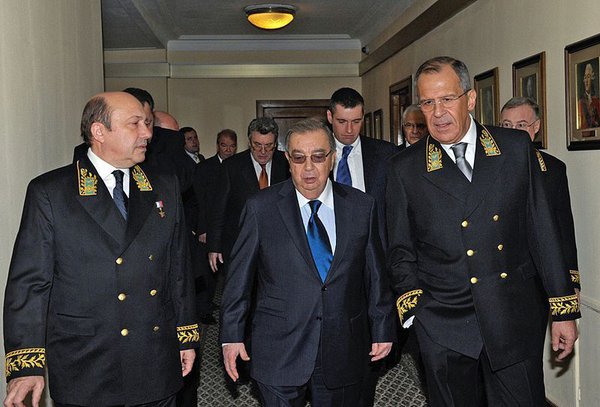 The latest Astana round was no more successful than earlier ones, despite Russian Foreign Ministry spokeswomanMaria Zakharova (MZ below) putting on a brave face about it.

Two-and-a-half months after Turkey agreed with Russia on establishing a demilitarized zone in Idlib province, Erdogan continues supporting terrorists he swore to oppose.

MZ explained that Russia "repeatedly warned that the terrorists were preparing to stage chemical weapons provocations in Idlib, including provocations involving the so-called White Helmets."

"In the past, their efforts were aimed at provoking the US-led coalition into launching all-out strikes against Syrian government forces. And now, as we see it, their goal is different."

"They want to thwart the implementation of the Russian-Turkish memorandum, to disrupt cooperation in the Astana format, including between Russia and Turkey."

They're US proxy foot soldiers, MZ failed to explain, serving its imperial interests. Washington and its allies want Damascus blamed for crimes committed by jihadists against Syrian civilians.

The Obama regime and now Trump want war, not peace. MZ came close to explaining it, saying the US she falsely calls Russia's "partner" has its "own plans for Syria...show(ing) little concern for efforts to achieve a political peace settlement in that country. This is evident from US actions on the eastern bank of the Euphrates River that evoke growing concern in Russia and elsewhere."

"The US military is basically safeguarding a quasi-state entity, which they established with the help of separatist-minded Kurdish activists in northeastern Syria."

"Last week, again, they continued to establish US observation posts along the Syrian-Turkish border in the vicinity of Tel Abyad and Ayn Al-Arab (Kobani)."

"It is hard to imagine how these steps show a commitment to Syrian unity, sovereignty, independence and territorial integrity - things that have repeatedly been declared by the United States in international and bilateral documents, and passed with its involvement. In principle, it is impossible to say that these actions conform to international law."

Hardliners in charge of Washington's geopolitical agenda are the mortal enemy of world peace, stability, Russia, China, Iran, and other sovereign independent countries.

The ugly scheme was almost surely orchestrated by Trump regime hardliners, likely together with their Russophobic UK counterparts.

It's part of ongoing Russia bashing, falsely blaming it for all sorts of things unjustifiably, pretexts for imposing illegal sanctions and using other tough tactics, risking eventual East/West confrontation.

MZ: "Under the pretext of standing up to (nonexistent) 'Russian aggression,'

"Now the Kiev authorities, if they so wish, can make the population surrender just about anything, from personal property to documents."

"The Ukrainian military and law-enforcers are granted exceptional powers, up to using force without trial or investigation, which in itself is a serious threat fraught with the civil conflict spreading to the rest of the country's territory."

"We warn the Western sponsors of the Kiev regime about the extreme danger of President Petro Poroshenko's artifice. In a desperate attempt to retain power, he is dragging his country into yet another gamble fraught with disastrous consequences for Ukraine itself and European security as a whole."

Russophobia in Britain rages out-of-control, Theresa May hardliners as ruthless and reckless as their US counterparts.

Her regime's new chief of general staff general Mark Carleton-Smith called Russia a greater threat to UK national security than ISIS or al-Qaeda. Britain supports these and likeminded jihadists in cahoots with Washington and their imperial partners.

MZ called Carleton-Smith's remarks "delusion(al) (and) dangerous," adding: The (US/UK-orchestrated Skripal false flag incident last March falsely blamed on Russia) "is at the forefront of the anti-Russian information campaign unleashed by Great Britain against our country this year."

"The key questions remain open. Where are the Skripals? What's going on with them? Are they alive? Are they in the UK? Have they been taken somewhere? What condition are they in? Are they together or have they been separated? Who is working with them?"

The scheme to falsely blame Russia for what happened unravelled months ago, along with most every other incident wrongfully blamed on the Kremlin.

US and UK hardliners are unacceptably tough on Russia. When will Putin respond in kind, giving them a taste of their own medicine - the only language they understand!

My newest book as editor and contributor is titled "Flashpoint in Ukraine: How the US Drive for Hegemony Risks WW III."