Russia will continue suppressing attempts to undermine its security and sovereignty, a statement from the Russian Foreign Ministry said in connection with the incident with the vessels of the Ukrainian Navy in the Kerch Strait. 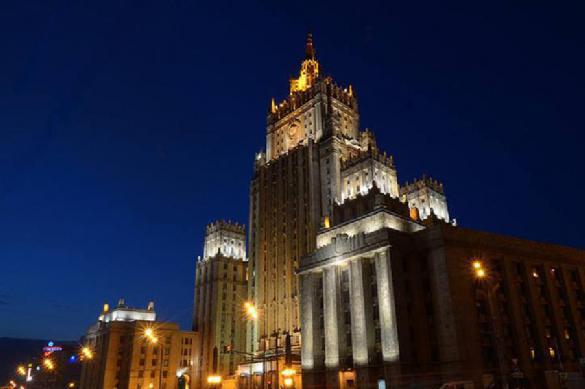 "We would like to warn the Ukrainian side that the line, which Kiev is running in coordination with the US and the EU to provoke a conflict with Russia in the waters of the Azov and Black Seas is fraught with serious consequences," the statement said.

In addition, Moscow officially accused Kiev of provocation. The goal of this act is to create a new hotspot of tension and a find another pretext to impose more sanctions against Russia. The Kiev authorities also try to distract the general public from domestic political issues.

In addition, Russia demands punishment for the radicals who attacked Russian diplomatic missions. Earlier, Russian Foreign Minister Sergei Lavrov called on Western sponsors of the Kiev regime to calm down those who try to gain political weight from military hysteria in connection with upcoming elections.