Representatives of the Federal Guards Service (known for the Russian initials as FSO) explained the appearance of two military helicopters over the Kremlin on November 22. 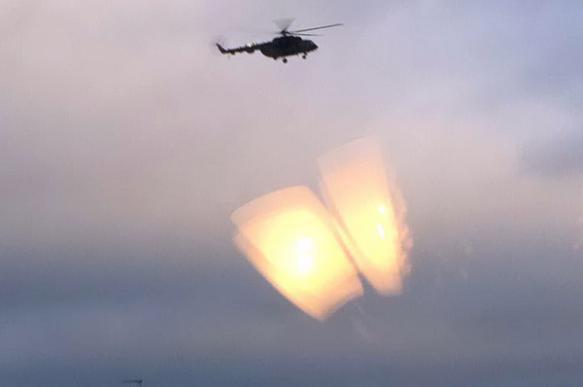 In the afternoon of November 22, eyewitnesses filmed two helicopters taking off from the territory of the Kremlin. One of the choppers was carrying a platform, on which, as it appeared, there were several people standing.

The videos triggered vivid discussions on the Internet in Russia. Many bloggers assumed that Vladimir Putin was preparing to repeat the fate of Ukraine's toppled President Viktor Yanukovych, who had to flee the country in the midst of violent riots.

It is worthy of note that it is only the Federal Guard Service that can conduct such actions above the territory of the Moscow Kremlin. Representatives of the service later had to explain that the service held scheduled exercise in Moscow.

"This is not the first time when one can see military helicopters taking off from the Kremlin. There is nothing surprising about that," officials said.