Colonel-General Igor Korobov, the head of the Main Directorate of the General Staff of the Armed Forces of the Russian Federation, died on November 21. He was 63 years old. Korobov died of an illness, but it was not specified what kind of illness he had. 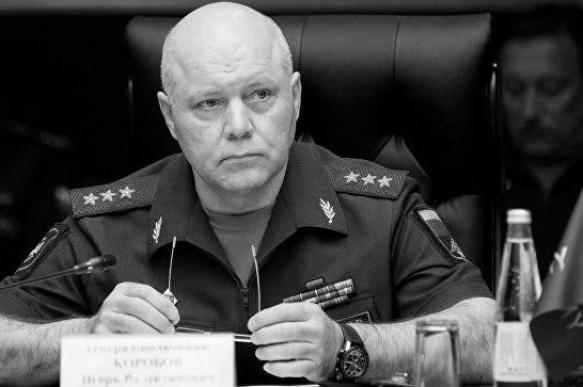 Officials with the Defence Ministry of the Russian Federation said that Igor Korobov earned many state awards during his service as the chief of military intelligence (known for the Russian initials as GRU), including the highest honour - the title of Hero of Russia.

Igor Korobov was born in the city of Vyazma on August 3, 1956. He graduated with honours from the flight department of the Stavropol Higher Military Aviation School of Pilots and Navigators and the Military Academy of the Soviet Army. He served in the structures of the GRU of the General Staff of the Armed Forces of the Russian Federation.

Korobov headed the GRU in January 2016 after the previous chief of the department, Igor Serguna, died a sudden death.

Korobov was put on the US sanctions list in late 2016. The list was approved by the Barack Obama administration in connection with Russia's alleged attempts to interfere in the US presidential elections through hacker attacks. In September 2018, Korobov was put into the US sanctions list again within the framework of the CAATSA law. The sanctions affected Russian officials associated with the defence industry and intelligence sectors.

It was reported that in the middle of September, Korobov was summoned to the office of Russian President Vladimir Putin. Supposedly, Korobov fell ill upon his return home. It was also said that he  was supposed to be dismissed from his position before the end of the current year.

Russia's military intelligence, commonly known as GRU (in Russian - Glavnoye Razvedyvatelnoye Upravleniye, which translates as the Main Intelligence Directorate) has found itself in a string of major international scandals lately. The biggest one of them was the poisoning of former GRU Colonel Sergei Skripal and his daughter Yulia in the UK. The British authorities held Russia accountable for the incident in Salisbury and found the alleged perpetrators of the attack - two Russian military intelligence officers known under the names of Alexander Petrov and Ruslan Boshirov (Alexander Mishkin and Anatoly Chepiga).