The PD-50 floating dock that sunk in Murmansk will be raised from the bottom of the sea, Minister of Industry and Trade Denis Manturov told reporters on Monday. 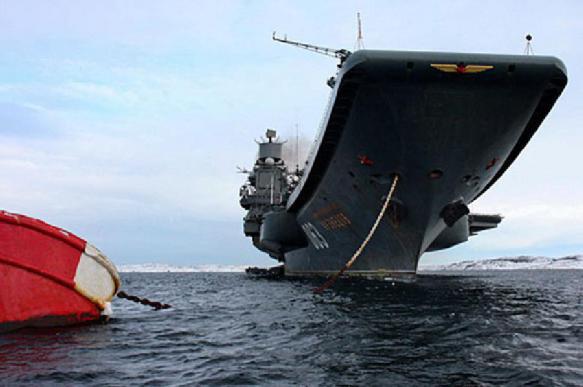 The minister also said that a new dock could be acquired to complete the repairs of the Admiral Kuznetsov aircraft carrier. He stressed that the accident with the floating dock will not affect the repairs schedule of the aircraft carrier, because the docking was planned either in the summer of next year or in the spring of 2020.

The PD-50 floating dock sank on the night of October 30 at the 82nd dockyard (owned by Rosneft) in Murmansk at the time when Russia's only aircraft carrier, the Admiral Kuznetsov, was exiting the repairs facility. When the ship was leaving the floating dock, its tanks were filled with water causing the dock to sink quickly. The deck of the aircraft carrier was damaged when a 70-ton tower crane crashed on it.

The Admiral Kuznetsov is currently staying at the 35th dockyard of Zvezdochka Ship Repair Centre. Four people were injured in the incident, two of them were taken to intensive care. One of the injured men died on November 18. Another person is still missing. It is believed that the flooding of the dock occurred because of the violation of the rules of technical operation of ship-raising facilities.

The PD-50 was Russia's largest and one of the world's largest floating docks. It was built in Sweden in 1980 to the order of the USSR Navy. The dock is 330 meters long and 67 meters wide; its carrying capacity is 80,000 tons.