Russia's absence at the World Economic Forum (WEF) in Davos will not affect the authority of the country, President Putin said at a news conference following the summit in Singapore. 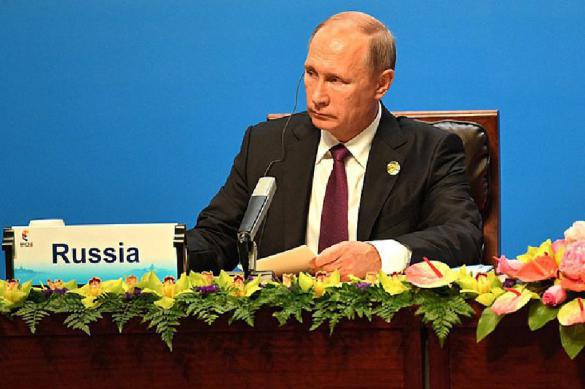 "The authority depends primarily on the economic power of a country, on the structure of its economy," Putin said adding that such factors as technological development, GDP growth and macroeconomic indicators also play an important role at this point. Making a reference to Russia, Putin also mentioned such indicators as low inflation, budget surplus or its minimum deficit, as well as low external debt.

Putin noted that the Russian authorities achieve their goals in general, "and we feel confident," he said.

Earlier, Prime Minister Dmitry Medvedev said that Moscow would not take part in the forum in Davos, unless its organizers lift restrictions for Russian businessmen. On November 6, it was reported that VTB chief Andrei Kostin, Renova CEO Viktor Vekselberg and co-owner of UC Rusal Oleg Deripaska were not invited to the forum in Davos this year because of the sanctions that the US authorities had imposed on them.

Speaking in Singapore, Putin also said that Russian businessmen are "free to decide" whether they should take part in the forum.