Russian officials and representatives of state-run companies will not go to Davos unless organisers of the economic forum lift restrictions for businessmen who fell under US sanctions. 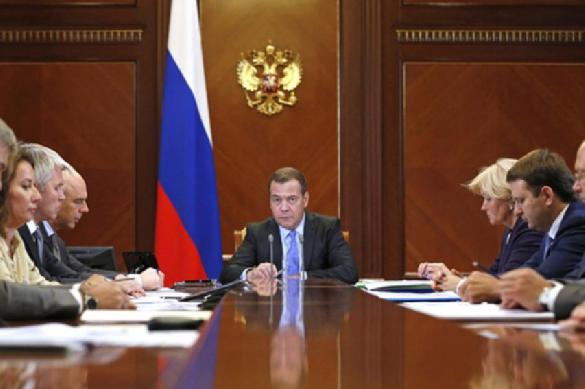 If organisers of the economic forum in Davos do not revise their decision about invitations to Russian businessmen, Moscow will not send state officials and representatives of companies with state participation to the forum, Russian Prime Minister Dmitry Medvedev said.

"Then no one will go there," Medvedev said adding that the decision not to let Russian entrepreneurs take part in the Davos forum was "very strange, to say the least." Medvedev also said that he discussed the situation with Swiss President Alain Berset. According to Medvedev, Mr. Berset promised to "make inquiries."

On November 6, it was reported that VTB chief Andrei Kostin, Renova CEO Viktor Vekselberg and co-owner of UC Rusal Oleg Deripaska were not invited to the forum in Davos this year because of the sanctions that the US authorities had imposed on them.

"Deripaska, Kostin and Vekselberg became who they are today not because of the Davos Forum, but the Davos forum became a forum owing to such businessmen," Putin's official spokesman Dmitry Peskov said.

The World Economic Forum holds annual meetings at the end of January in Davos, Switzerland, where businessmen, politicians and economists from all over the world come together to discuss not only economic, but also business, political and humanitarian issues. In 2019, the world Economic Forum in Davos will be held on January 22-25.