Putin: Russians will go to heaven in case of nuclear war 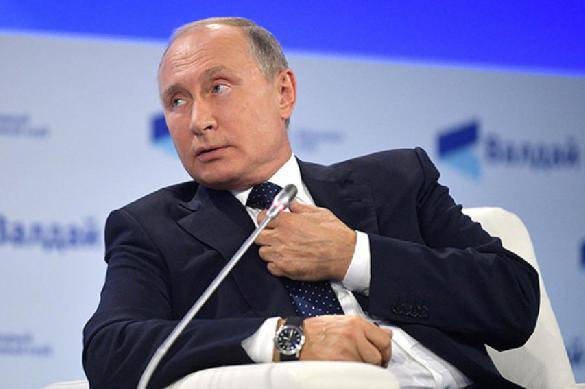 Russian President Vladimir Putin said at the meeting of the Valdai Discussion Club that Russia will never initiate military actions, including with the use of nuclear weapons.

At the same time, Putin noted, Russia would respond to a nuclear strike.

"The aggressor must know that retaliation will be inevitable. We, victims of the aggression, we will go to heaven as martyrs. They will just die, because they won't even have time to repent," the president said.

Putin also said that Russia was not afraid of anything.

"We are not afraid of anything at all. [When your] country with such a territory, with people ready to give their lives for the Fatherland - nobody can do anything about it," he said.

Earlier, during his speech, Putin said that the tragedy in the city of Kerch came as a consequence of globalisation.