The Russian army receives the missile that has the longest range. A source at the Russian military-industrial complex said that the S-400 Triumf SAM system would be armed with a 40N6 long-range anti-aircraft missile. 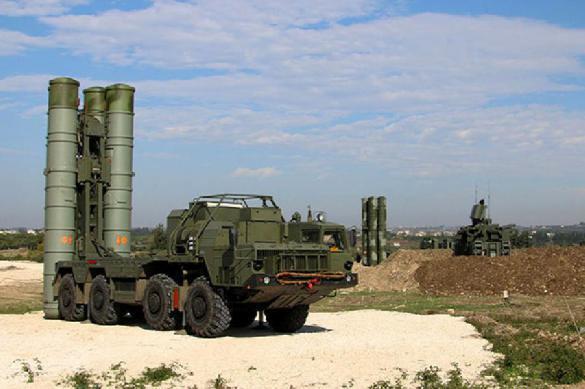 "The long-range missile 40N6 [40N6E is the export version] was put into service, all necessary documents were signed in September, after which the Ministry of Defence proceeded to purchasing these missiles," the source said.

Within the scope of the state armament program before 2027, over 1,000 40N6 missiles are to be purchased for  S-400 regiments of the Aerospace Forces. The program stipulates for the establishment of 56 divisions of S-400.

In July of this year, a source close to the Russian defence industry said that the state trials of the 40N6 missile were successful.

The 40N6 is an anti-aircraft guided missile (SAM) of super-long range of over 400 km. The missile can intercept targets in near space for S-400/S-500 air defence systems.

The 40N6 is designed to destroy air command posts, strategic bombers, hypersonic cruise and ballistic missiles with a maximum speed of more than 4800 m/s. The missile is capable of destroying targets beyond the visibility of ground radars.

According to official information, the destruction range of the missile makes up nearly 380 km for aerodynamic purposes and up to 15 km for ballistic ones with an altitude from ten meters to 35 kilometres. The average flight speed is 1190 m/s. Owing to the new homing head, the missile can destroy aircraft outside radio visibility of ground-based radars.

In addition, the 40N6 missile is capable of finding and striking targets on its own, after losing communication with ground systems.

Previous anti-aircraft missiles of the S-400 complex (9M96, 48N6, 48N6DM) that were in service with the army of the Russian Federation, ensured the destruction of targets at a distance of up to 250 km.

The US anti-aircraft missile system Patriot PAC-3 is capable of hitting targets at a maximum distance of up to 80-100 km.