The Iron Curtain is falling on Russia again

Foreign companies get rid of their assets in the Russian Federation, while Russian businesses cut their investment in foreign countries. 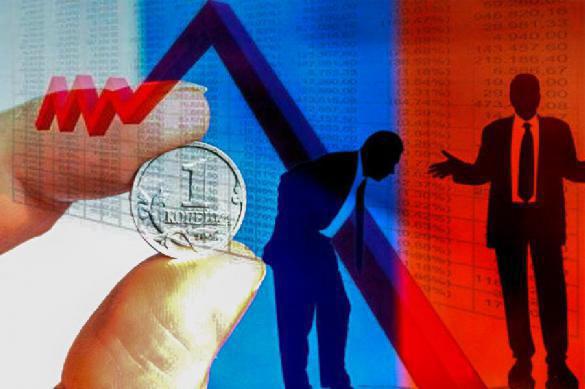 Experts analysed the data of the Central Bank of the Russian Federation and concluded that the Russian economy is standing on the verge of the isolation crisis. The crisis may develop further, and many socio-economic projects in Russia are likely to be shelved. There is a different point of view to the problem: new regional centres have started forming in the world, and the process will cause a redistribution of investment flows. For example, certain US funds have increased their investments in Russian bonds despite sanctions.

Nevertheless, foreign businesses prefer not to keep assets in Russia and tend to sell them.

"The net incurrence of liabilities in the non-financial sector in direct investments in the third quarter was negative: minus $6 billion. This suggests that non-residents sell real assets and leave Russia," Kirill Tremasov, formerly a chief representative of the Ministry of Economic Development said.

"Russian companies have practically ended direct investments abroad too. The net acquisition of assets by the non-financial sector under "direct investments"  in the third quarter was minus $100 million, the economist said.

Tremasov sees these processes as "a clear illustration of the fact that the Russian economy has embarked on the way of isolationism." "Nothing like this has been observed in Russia's modern history before," he added.

Tamara Kasyanova, first vice-president of the Russian Club of Financial Directors, believes that Russia has secluded itself and can seclude itself even more. Yet, the expert does not think that the Russian authorities are pursuing the policy of "isolationism." It would be more appropriate to say that sanctions and growing external pressure scare investors away from Russia, the financier said.

According to Alexei Antonov, an analyst at Alor Broker, "the Iron Curtain" sounds too dramatic. "At the same time, isolationism, even insignificant, does not bring good to anyone. This is just a waste of time and resources, a technological lag, which becomes insurmountable over time," he said. According to the expert, the Russian leadership understands this. Russia has been building its foreign policy in a way to maintain ties with Asian countries in the first place, the analyst said.

Ekaterina Novikova, an associate professor of the Russian University of Economics, said that markets are being redistributed now. "The international market has its limits - the supplies of additional products to existing markets is limited. Therefore, a question arises as to how existing markets should be divided. For this reason, Western countries are pursuing the policy of sanctions against Russia, Iran, China, Turkey in order to get access to additional markets for their products. In this situation, the Russian economy has to defend itself by pursuing the policy of import substitution, de-dollarization, restrictions on foreign investment, and so on," the expert said.

Surprisingly, the State of California has entered the top 10 of foreign holders of Russian debt obligations. The California Public Employees' Retirement System (CalPERS) invested about $450 million in Russian securities. Investments have grown by an average of eight percent since the end of 2017.