Russia is about to complete the ground trials of the new combat unmanned aerial vehicle known as "Hunter." The new UAV will perform its maiden flight in the near future. The ground tests of the new vehicle were conducted in the Crimea and Novosibirsk. 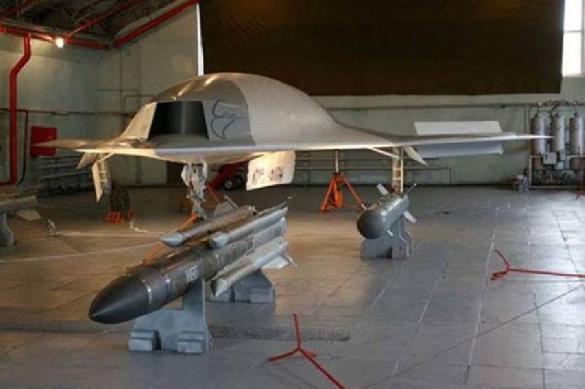 "In October, it is planned to begin the final stage of frequency trials for the Hunter glider, after which it will be possible to talk about the readiness of the drone for its maiden flight," a source close to the Russian Defense Ministry said. Flight tests for the Hunter drone are scheduled for 2019.

Frequency, or vibration trials, are an important stage on the way to aerial trials. They make it possible to determine frequency drift in the design of an aircraft. As a rule, upon the completion of frequency trials, engineers give their conclusion required for the first flight of an aircraft.

The Hunter combat drone is developed by Sukhoi design bureau. All the tactical and technical characteristics of the new drone are kept secret. It is known, however, that the strike drone is equipped with the artificial intelligence of a sixth-generation fighter. The take-off weight of the drone is 20 tons, which makes it a real heavyweight aircraft among other models of unmanned vehicles that are currently being developed in Russia. A photo of the Hunter drone appeared on the Internet in 2017. Judging by the picture, the UAV is developed according to the "flying wing" aerodynamic principle.