Uralvagonzavod, or UZV - a Russian company that makes military, specialized vehicles and railroad cars - - announced a new project to build an unmanned version of the T-72BZ tank. UVZ CEO Alexander Potapov said on the sidelines of ADEX 2018 arms show in Baku that the chassis of the T-72 was chosen as an alternative to Armata tank for financial and technical opportunities. 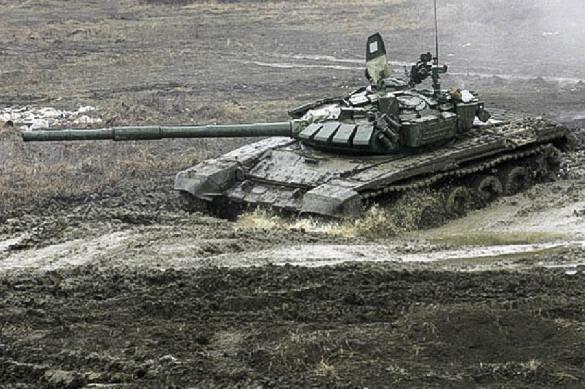 "We are talking about the development process for the time being. One must first proceed from financial and technical abilities in the first place, of course," Potapov said.

The official did not specify the date when the first modernized T-72 is going to be created.

In the summer of 2018, Yuri Borisov, Deputy Prime Minister of the Russian Federation for the Defense Industry, said that the Russian Armed Forces did not intend to purchase Armata tanks because the vehicle was too expensive.

"Why should we inundate the Armed Forces with Armata tanks if we have a highly popular T-72 tank. Everyone wants this tank, and the T-72 is much superior to Abrams, Leclercs and Leopards tanks," Yuri Borisov said.