Employees of the Federal Security Bureau, trained to eliminate terrorists, conducted a special operation to destroy a batch of embargoed apples. 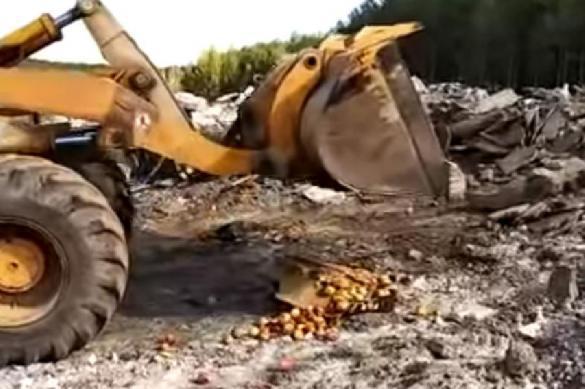 The "special operation" was conducted in the Sverdlovsk region of Russia, where officers of the Russian federal agency for agricultural and consumer rights control requested assistance from the FSB to withdraw and subsequently destroy nearly 80 kilos of sanctioned apples.

The batch of apples weighing approximately 77 kilograms was seized at a vegetable store in the city of Yekaterinburg. The apples were immediately withdrawn from sale, according to instructions. Afterwards, the apples were taken out of town, where they were bulldozed and buried.

The "special operation" was carried out in accordance with Putin's decree "About special economic measures to ensure the security of the Russian Federation", as well as in accordance with the decree from the Russian government prohibiting the importation of food products from the European Union, the United States, Canada, Australia, Norway, Ukraine, Albania, Montenegro, Iceland and Liechtenstein. Russia took those measures several years ago in response to anti-Russian sanctions.

News reports about the Russian authorities taking most stringent measures to destroy food raised many eyebrows in Russia a while back. For example, regional authorities would order to burn high quality European cheeses in furnaces, whereas meat, fruit and vegetables would be bulldozed. In the republic of Tatarstan, local authorities hired a big construction machine to destroy three sanctioned geese that were incidentally found in a food store.