Why Russia continues investing in US public debt

Spokespeople for the US Treasury said that Russia has not changed its share in the US public debt since June. 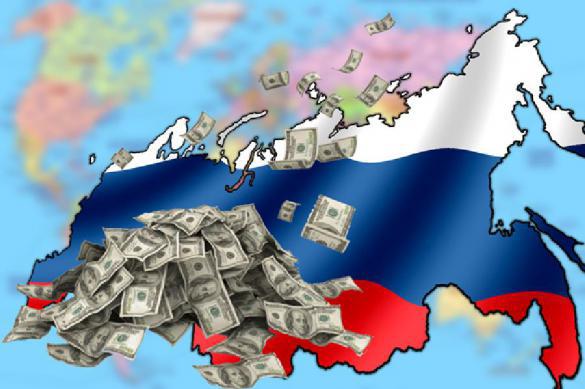 Russia owns a $15 billion portfolio of the US public debt. Russia's investment has dropped to a minimum level since 2007. The largest numbers were reported in 2010, when the Russian government invested $176 billion dollars in the state debt of the United States of America.

Russia is not on the list of 31 countries that hold most of US bonds. However, Russia stopped decreasing its share in the first month of the summer. For comparison, Russia disposed of US securities worth $80 billion during the period from March to May.

From March 2017 to March 2018, Russia's investments in US Treasuries did not fall below $100 billion. The record high was reported in October 2010, when Russia owned US government securities worth $176.3 billion and was ranked the sixth in the world on this indicator.

In the event the US Congress prohibits US citizens from conducting transactions with Russia's national debt, Russia may reduce its investment in the US public debt to zero. However, not to put the horse before the cart, one needs to know what US Congress decides on the new sanctions first.

Turkey followed Russia's example and abjured investment in the US public debt after Trump raised tariffs on Turkish steel and aluminium. From May to June, Ankara's share in the US national debt dropped by 42 percent to $28.8 billion. Thus, Turkey also ceased to be one of the main holders of US bonds.

China reduced its share too  - by $4.4 billion to $1.18 trillion. The share of Japan dropped to $1.03 trillion, which is considered to be the minimum indicator for Japan in the last six years.

Nevertheless, the US Treasury noted that the investment of foreign countries in US Treasury securities remained at the same level - $ 6.21 trillion - in comparison with the level registered in May. A number of countries have significantly increased their shares - the UK, Luxembourg, Singapore, the Cayman Islands, South Korea, Belgium and Italy.