Russian President Vladimir Putin sent a telegram to his Greek counterpart Prokopis Pavlopoulos and Prime Minister Alexis Tsipras expressing his readiness to provide assistance in extinguishing wildfires in the country. 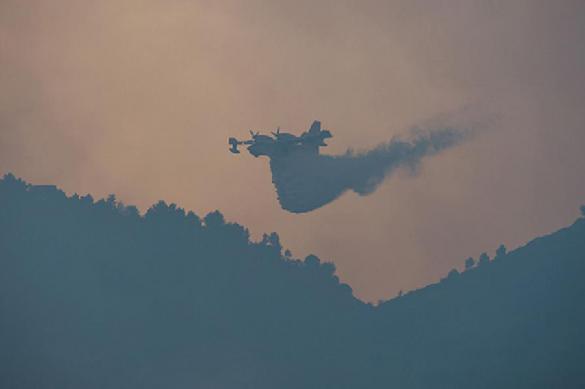 "The Russian president expressed his readiness to provide necessary assistance in overcoming consequences of the natural disaster in Greece," a message from the Kremlin press service said.

Vladimir Putin expressed his condolences in connection with tragic consequences of raging wildfires in Greece. He said that the Russians share the grief of the brotherly nation and conveyed words of sympathy and support to the families and friends of the deceased.

Wildfires in the Athens region of Greece have already claimed 50 lives. Earlier, it was reported that the fires killed 24 people. However, 26 dead bodies were later found near the city of Rafina, east of Athens. There are many children among the victims.

Attica declared a state of emergency after daytime temperatures hit +40 °C in several regions of Greece.