Putin does not exclude war with Ukraine in Donbass

Russian President Putin said that the problem of the military conflict in the east of Ukraine still exists. The crisis in the Donbass may aggravate further, Pain said at the meeting with Russian ambassadors and permanent representatives in foreign countries. 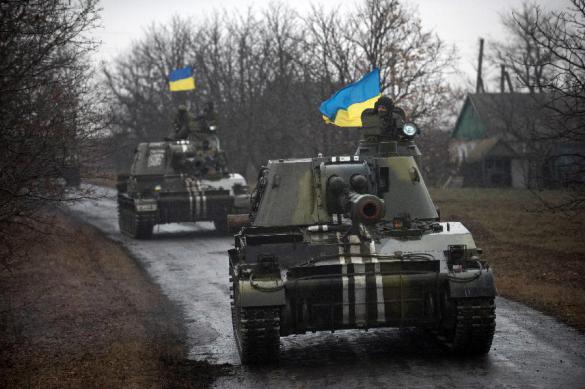 The conflict in the southeast of Ukraine still continues because the Ukrainian government refuses to abode by its obligations, rejects a peaceful resolution of the conflict, and disregards its own people, the president said. According to Putin, Kiev disregards all agreements, shows absolute reluctance to negotiate and plans to solve all problems by force.

Moscow continues to stick to its position as far as the crisis in the Donbass is concerned: the foundation for the settlement of the conflict in the east of Ukraine is the Minsk Accords that must be implemented.

The armed conflict in Ukraine began in April 2014 in the territory of the self-proclaimed People's Republics of Donetsk and Luhansk. The conflict continues to this day.