Moscow metro to open one of its most beautiful new stations

The Nizhnaya Maslovka station of the Moscow metro is to be decorated with Sayan marble and transparent stained-glass panels. 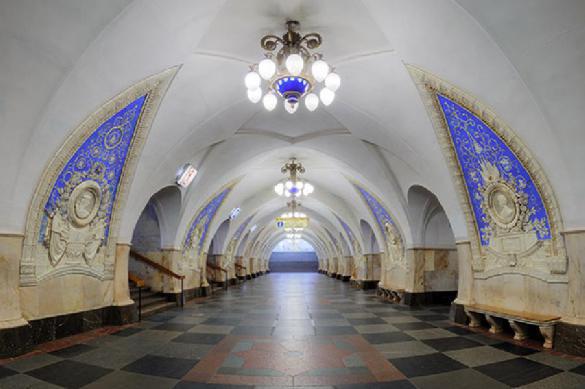 According to the general director of metro construction company Mosmetrostroy, Sergei Zhukov, tunnel walls will not be covered with anything: tunnel vaults will be cleaned and painted. Pylons on both sides will be adorned with Sayan marble from Siberia. The central hall and side platforms will be decorated with transparent stained-glass windows. The floor of the station will be covered with granite slabs. There station is to be finished and launched before the end of the current year.

The Nizhnaya Maslovka station is being built as part of the Grand Ring Line of the Moscow metro. The station will connect the eponymous railway station, two metro stations and ground transport infrastructure.

The Moscow surface and underground transportation system will triple in size as compared to the size the metro system had in 2010, Moscow Mayor Sergei Sobyanin said on July 10.

"The Moscow transport hub has been developing rapidly. The Moscow Central Ring railway system has become one of the most powerful projects that Russia has implemented lately. Modern trains of the new system transport 500,000 passengers daily. New metro stations are being built as well. The Moscow underground system will double in size," the Moscow Mayor said.