Russia will withdraw two legendary underwater cruisers of Kalmar Project from the structure of the Pacific Fleet. 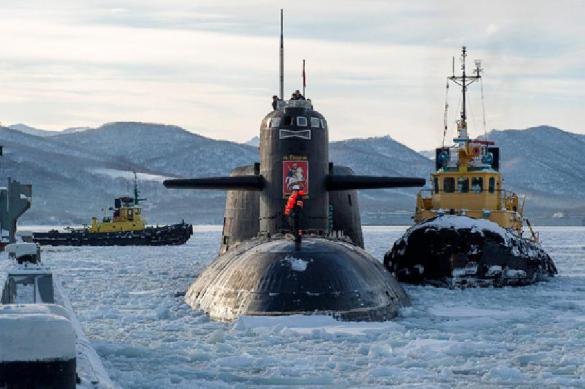 It goes about Georgy Pobedonosets and Podolsk submarines that will be replaced with nuclear-powered submarines of the Borei class armed with Bulava missiles.

Two of the three Kalmar Projects subs are to be decommissioned before 2020.

K-433 Svyatoy Georgiy Pobedonosets is a Russian Project 667BDR Kalmar class (NATO reporting name: Delta III) nuclear-powered ballistic missile submarine. The submarine was built for the Soviet Navy and has continued to serve in the Russian Navy. K-433 was put in reserve in 1997 and remained there until 2004 when it was recommissioned. As of 2010, it is on active duty.

The Pacific Fleet will also have in service 885M Kazan submarine, upgraded Project 949AM Irkutsk, as well as 971M Bratsk and Samara submarines.

The Pacific Fleet's headquarters is located in Vladivostok, with numerous facilities within the Peter the Great Gulf in Primorsky Krai, and Petropavlovsk-Kamchatsky and Vilyuchinsk in Avacha Bay on the Kamchatka Peninsula in Kamchatka Krai. Following the APEC Russia 2012 summit, it was announced that the main naval base of the Pacific Fleet in the Russian Far East will be moved to the town of Fokino, Primorsky Krai. The current commander is Admiral Sergei Avakyants, who has held the position since May 2012.