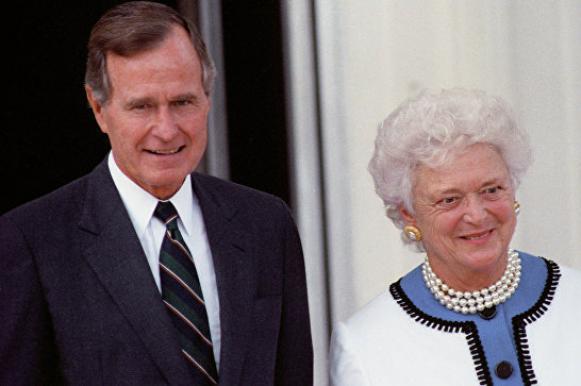 Putin's official spokesman Dmitry Peskov said that the Russian president sent a message of condolences to former US President George H. Bush in connection with the death of his wife Barbara Bush.

"The president sent a telegram with condolences to George H. Bush in connection with the passing of his wife," Peskov said.

US President Donald Trump also expressed his condolences to Mr. Bush. Trump pointed out Barbara Bush's contribution to the struggle against illiteracy throughout the world and her devotion to the concept of American family.

Barbara Bush died in her home in Texas at the age of 92.