Reports on the use of chemical weapons in the Syrian city of Douma  (in Eastern Ghouta) are a provocation arranged by intelligence services of the UK and probably the US to justify the aggression of these countries against Syrian President Bashar Assad, Russian Ambassador to the Organisation for the Prohibition of Chemical Weapons (OPCW), Alexander Shulgin said, RBC reports. 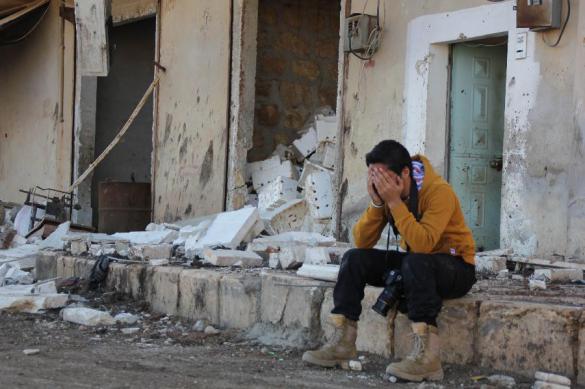 "We have not just a "high degree of confidence", as our Western partners claim in a carbon-copy fashion, but we have incontrovertible evidence that there was no incident on April 7 in Douma. We have evidence to prove that all this was a planned provocation by British intelligence services, possibly with the participation of their senior allies from Washington," the official said during the session of the OPCW executive board.

The diplomat stressed that Russia had already conducted its investigation into the use of chemical weapons in Douma and did not find either a single sign of the chemical attack or witnesses. There were no poisoned patients at the hospital, nor were there any traces of chemical munitions found.

Shulgin also referred to two individuals, who appeared in the videos, which was allegedly filmed after the attack in Douma. Western policy-makers claimed that those videos were irrefutable evidence of the chemical attack. "They showed live interviews with those people on television, they showed the footage with their participation in the staged video, both participants have medical education, they are ER doctors working in the city of Douma," Shulgin said.

The Russian Federation Permanent Representative to the OPCW reiterated the official version of the Russian authorities, according to which the chemical attack in Eastern Ghouta was extremely disadvantageous to the Assad regime, because the region had been practically liberated from militants, and there was an agreement reached with extremists about their departure from Douma.

"If the outcome of the military confrontation in Douma was predetermined, why should the Syrians suddenly use chemical weapons to invoke the wrath of the world community? Only a madman can think of this, but they still promote this heavily at the highest political level and repeat these words cleverly in capitals of a number of countries," Shulgin said.

On April 13, official representative of the Russian Defense Ministry, Igor Konashenkov, accused the UK of organising a provocation with a "chemical attack" in Douma. "We know for certain that from 3 to 6 of April London put powerful pressure on representatives of the so-called White Helmets for the speedy implementation of the provocation that had been prepared in advance," explained Konashenkov.

Both London and Washington shrugged those remarks off and simply called them blatant lies.