Putin: The world is plunging into chaos

Russian President Vladimir Putin stated that the current state of affairs in the world is becoming "more and more chaotic." Speaking at the ceremony with ambassadors of 17 countries, Putin said that he was very concerned about the current situation in the world. 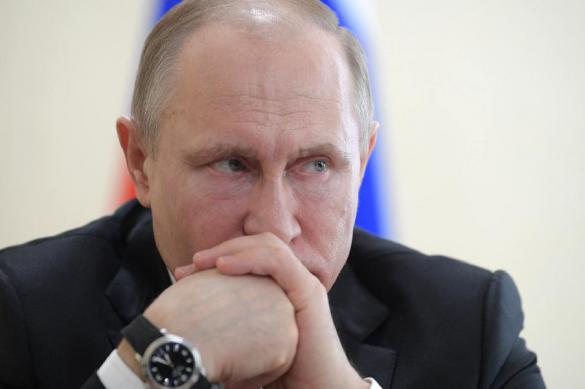 "Indeed, the state of affairs in the world can not but cause concerns. The situation in the world is becoming more chaotic. Nevertheless, we still hope that common sense will eventually prevail and international relations will enter the constructive course, and the entire world system will become more stable and predictable," Putin said.

The President added that diplomats play a special role in the world today. According to Putin, the heads of diplomatic offices have a responsible mission - to promote the development of relations with Russia.

Putin noted that Russia is ready to support all constructive initiatives. "You can count on support from the Russian leadership, government bodies, business circles and the general public of our country," Putin assured.

During the recent weeks, Russia has experienced a new stage of the diplomatic crisis. Against the backdrop of London's accusations in connection with the poisoning of former Russian spy Sergei Skripal and his daughter Yulia, the UK expelled 23 Russian diplomats. The USA and other countries of the West followed the example of Great Britain, whereas Russia took mirror measures in response.

Nuclear war between Russia and USA about to start
Author`s name: Editorial Team
World
Expert: Russia deals an irreparable blow to Ukraine and the United States