US President Donald Trump wrote another tweet, in which he confirmed the intention to strike a missile blow on Syria with the help of "nice, new and smart" missiles. 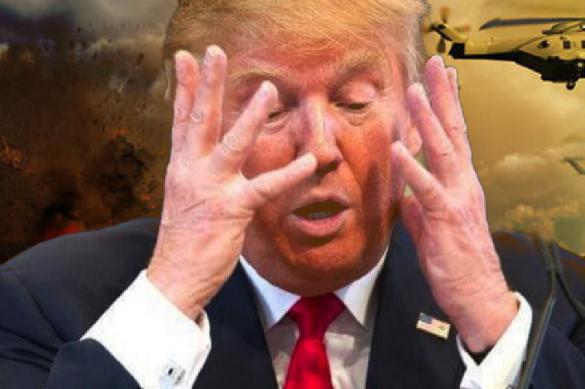 "Russia vows to shoot down any and all missiles fired at Syria. Get ready Russia, because they will be coming, nice and new and "smart!" You shouldn't be partners with a Gas Killing Animal who kills his people and enjoys it!" Trump tweeted.

In another tweet, posted only 50 minutes later, Donald Trump unexpectedly changed his rhetoric and offered to improve the relationship.

"Our relationship with Russia is worse now than it has ever been, and that includes the Cold War. There is no reason for this. Russia needs us to help with their economy, something that would be very easy to do, and we need all nations to work together. Stop the arms race?"

Moscow believes that the US should attack terrorists, rather than the legitimate government of Syria that also struggles against terrorism, official representative of the Russian Foreign Ministry Maria Zakharova said.

Zakharova also suggested that the US may strike a missile blow on Syria to remove traces of the provocation in Douma, where a chemical attack is believed to have taken place.

In the meantime, the Russian ruble continues its decline against major world currencies. On Wednesday morning, April 11, the dollar exceeded the mark of 64 rubles for the first time since December 5, 2016. The euro rate exceeded the level of 80 rubles.