Russian experts believe that there is no threat of a military clash between Moscow and Washington in Syria. 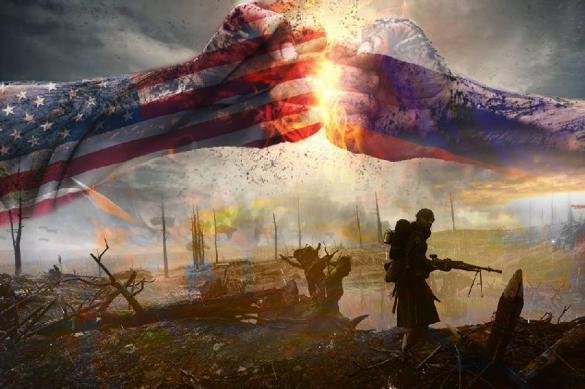 Special representative of the Russian president for the Middle East and African countries, Deputy Foreign Minister Mikhail Bogdanov said that "after all, reason should triumph over insanity."

Russia considers the possible US attack on Syria unacceptable and expects that Washington will take into account Russia's warnings about grave consequences that will follow such an attack, Bogdanov said.

According to him, there is a hope that "American partners are closely following the statements that come from Moscow."

Earlier, US President Donald Trump said that after watching videos of dead women and children in Syria's Douma, he was ready for a "quick decision." Trump said that the USA would show a powerful response, but did not clarify when.

USA prepares Russia 'surprise' in Syria
tartus us navy war in syria
16:38
When the State is enemy to thee
15:48
Kremlin giggles at Biden's remarks about LGBT from Chechnya to Cameroon
14:52
Kremlin responds to Erdogan's statement about Crimea
13:39
Antonov An-26 flying laboratory disappears in Far Eastern Russia
19:44
The incurable cancer of mass shootings spreads across Russia
18:54
Global leaders waging wars against humanity
17:00
Recep Erdogan is coming to Russia. What for?
16:11
UK accuses another Russian, GRU general, of Salisbury chemical attack
14:01
ECHR makes 'idiotic and stupid' announcement about Litvinenko's murder
19:15
Elections in Russia deliver most predictable results
Asia
Recep Erdogan is coming to Russia. What for?