Does Russia have a plan in case of war with Ukraine?

The West has been putting more political, economic and moral pressure on Russia at the time when  the Kiev authorities have replaced the Minsk Accords with the law on the reintegration of the Donbass. This law, according to many political scientists, stipulates a military operation against the Donetsk and Luhansk breakaway republics. Will Russia and Ukraine start a hot war against each other because of this? 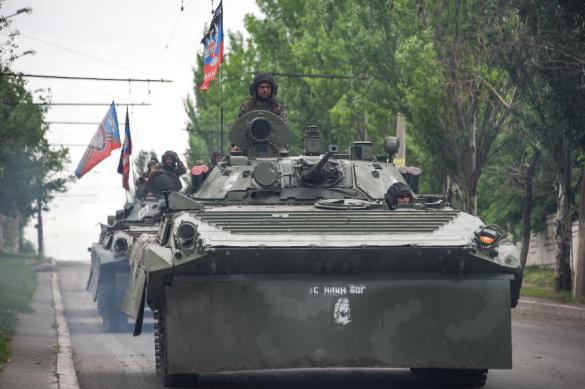 Director of the Ukrainian Institute for Policy Analysis and Management, Ruslan Bortnik, told Pravda.Ru that the risks for the military conflict to escalate would grow from August 2018, when the World Cup in Russia ends and Ukraine starts the campaign for the presidential election in March 2019." According to the political scientist, Western countries, especially the European Union, "do not support the military initiative on the part of Ukraine," because they fear "the Georgian scenario with Abkhazia and Ossetia may happen again" and such a development would lead to grave consequences for Europe.

According to Ruslan Bortnik, "the unrecognised republics" have more motives to push Ukraine and Russia "to the brink of war." However, this will not let Poroshenko win the presidential election in Ukraine, as the war will lead to significant losses for the Ukrainian army. "The people of the Donbass, the population of Ukraine will suffer in this situation, but for the government the war is always a chance to establish a tougher political regime," Ruslan Bortnik told Pravda.Ru.

According to associate professor of the Russian State Humanitarian University, Alexander Guschin, the Ukrainian authorities will monopolize the agenda of external aggression in 2018. This can already be seen in the arrest of Savchenko, the expulsion of Russian diplomats and the termination of economic agreements with Russia. "The agenda will be implemented only if Kiev and NATO are certain that Moscow will not show a harsh response," the expert told Pravda.Ru said. NATO will not be able to come to Ukraine for help, and Ukraine will not have to hold any elections.

According to Alexander Gushchina, the ultimate goal of the West is to "shake the situation in Russia to the extent when Moscow is unable to provide immediate assistance to Donetsk and Luhansk republics." "This is where all the economic and political pressure comes from, including the latest events in London," the political scientist told Pravda.Ru.

The West looks for Russia's weak points and strikes them, but they will not launch a strategic operation, because Moscow will respond. Rather, one can expect "sporadic attacks in order to provoke a backlash and see how the breakaway republics can respond."

"The elite in Ukraine will change sooner or later, but the people of Ukraine will remain critical towards Russia. The West will respond and the sanctions will continue. Russia needs to understand where she is going," Alexander Guschin said.