A representative for the Federation Council of Russia said the arrest of Russian assets in the United States of America would be an act of robbery. 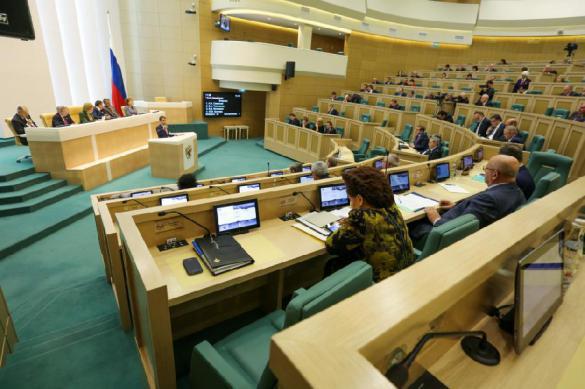 "This is what robbers do - they attack and take belongings away," First Deputy Chairman of the Federation Council Committee on Foreign Affairs, Vladimir Jabarov, told RIA Novosti.

If this happens, it will become clear that the USA admits any violations of rights. It will also show that investing in the US economy is not safe, because assets in the US are not protected, the senator said.

"The Skripal case is nothing, and it can't be used for such actions," Jabarov said.

Earlier, US Ambassador to Russia John Huntsman said that the USA could arrest Russia's assets in the USA over the case of Sergei Skripal.

The Bank of Russia holds a third of its currency assets in the United States. Formally, the USA can not impose sanctions on the Bank of Russia, even though earlier, US authorities froze the assets of the National Fund of Kazakhstan. The move clearly indicated that Russian assets in the USA could be frozen as well. If the USA freezes Russian gold and foreign currency assets, such an act would be equal to the declaration of war, economist and publicist Mikhail Khazin earlier told Pravda.Ru.

US dollars to be swept out of Russia
Author`s name: Editorial Team
World
Scale of destruction at Nord Stream estimated as unprecedented