Russia's policy towards Ukraine under the new Putin: Trade and press to the maximum

Russia's policy towards Ukraine under the new Putin will be "a policy of maximizing benefits of trade and putting maximum pressure on the country in all spheres," presidential adviser Bogdan Bezpalko believes. 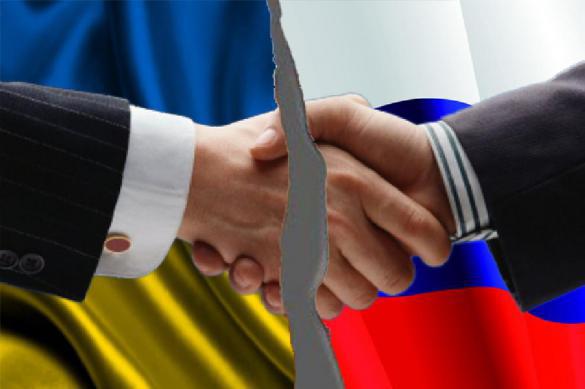 Putin's official spokesperson Dmitry Peskov said in an interview with RT that "in the understanding of Russian President Vladimir Putin, the foreign policy goal is to provide conditions for solving internal problems." What kind of policy is Putin going to have in relation to Ukraine?

Bogdan Bezpalko, a member of the Council on Interethnic Relations under the President of the Russian Federation,  told Pravda.Ru, "the more time passes since the coup in Kiev, the less important the relations with Ukraine become for us." "We can see that Ukraine has ceased air communication with Russia, severed a number of trade and economic ties, and those decisions were based on attempts to weaken Russia," the expert told Pravda.Ru. "Russia has to spend its resources to either replace or replenish those opportunities," he added.

At the same time, Bogdan Bezpalko said, the Ukrainian administration did not make those decisions for the sake of the Ukrainian economy. Those who elaborate those measures try to calculate how much Russia is going to lose. Against the backdrop of over-saturation of markets, when even the tiny Moldovan market is fought for, Russia's withdrawal from the market of Ukraine is a serious blow on the 42-million-strong country," the presidential adviser told Pravda.Ru.

"In any case, we can no longer show positive influence on this relationship. Therefore, the most optimal policy will be the policy to maximize benefits of trade and put maximum pressure on Ukraine in all areas," Bogdan Bezpalko concluded.

Ukraine's GDP as of 2017 was 14% lower than in the pre-coup year 2013. The inflation rate in 2017 exceeded 14%, and the public debt in combination with the government-backed state debt reached 86 percent of GDP.

Ukraine's former Minister of Economy Viktor Suslov said earlier in an interview with RIA Novosti that Ukraine may see the further devaluation of the national currency, production decline and a crisis in the banking sector. According to Suslov, Ukraine has become the poorest country in Europe with a commodity economy, the lowest level of wages and pensions - a country, from which an active emigration of the labor force began. "In fact, Ukraine is becoming a country without a future," Viktor Suslov said.