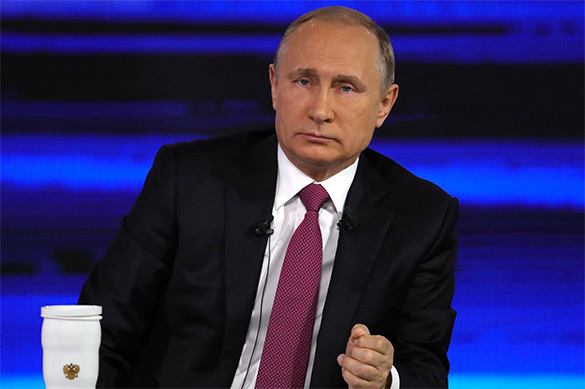 "The work on the modern weaponry has taken many years. Thousands of people, hundreds of design and research teams, industrial enterprises of Russia participated in it. I want to note that we managed to provide an effective and efficient counter-intelligence cover for these large-scale projects," Putin said, speaking at the FSB board.

The "responsible and difficult work" had to be conducted in difficult conditions. It was only in 2017 when the Russian authorities suppressed activities of 72 officers  and 397 agents of foreign special services.

"I ask you to continue acting the best way possible in this highly important direction not to let foreign intelligence services gain access to information of political, economic, technological and military nature," Putin told the FSB leadership.

Speaking on March 1 with an Address to the Federal Assembly, Putin announced the completion of the development of a number of new types of weapons, the capabilities of which make enemy defense systems "useless and simply meaningless."