The administration of MiG Corporation intends to modernise the state-of-the-art MiG-35 fighter to the level of a fifth generation aircraft. 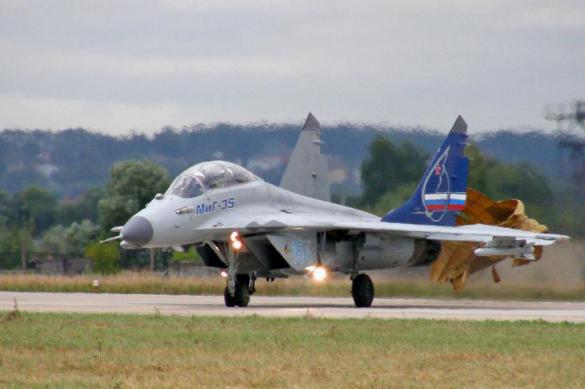 MiG representatives said that the corporation can modernise the aircraft, including to the level of a next-generation aerial vehicle as new systems and technology emerge.

The modernisation of the on-board equipment if the warplane is possible due to the principle of "open architecture" of the MiG-35.

To date, the MiG-35 is the most advanced aircraft in the family of MiG fighter aircraft. The aircraft is equipped with radio electronic equipment which enables the use of all air-to-surface weapons.

Earlier, it was reported that the MiG-35 will be able to use advanced military technology, including laser weapons.