Russia deploys powerful army in the Caucasus to contain NATO

The Ministry of Defence of the Russian Federation has started reorganising the 58th Army in the south of Russia. The army will be fortified with two motorised rifle divisions, BMP-3 and state-of-the-art T-72B3 tanks, Izvestia reports. 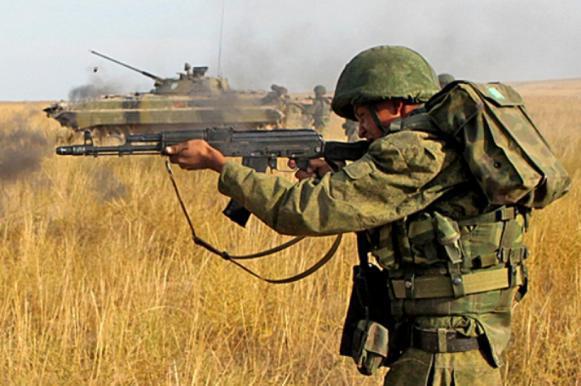 A part of the army is to be redeployed to the Krasnodar and Stavropol regions, and new military townships will be built in Mozdok and Vladikavkaz. Thus, Russia is building up general-purpose forces to contain the threat from NATO.

The 19th separate motorised rifle brigade, which was cut in 2008, will again become a full-fledged division.

The 136th motorised rifle brigade stationed in Dagestan's Buinaksk will be transformed into a full-fledged division. Existing and newly created units will be equipped with new military equipment and hardware: motorised rifle divisions will receive the most powerful serial BMP-3 vehicles, whereas tank units will be armed with latest modification of the upgraded T-72B3 tank.