Russian President Vladimir Putin has canceled all of his public events, including a trip to Sochi. According to Kremlin's representative Dmitry Peskov, Putin has caught cold, although others believe that there are other reasons for such major changes in the schedule. 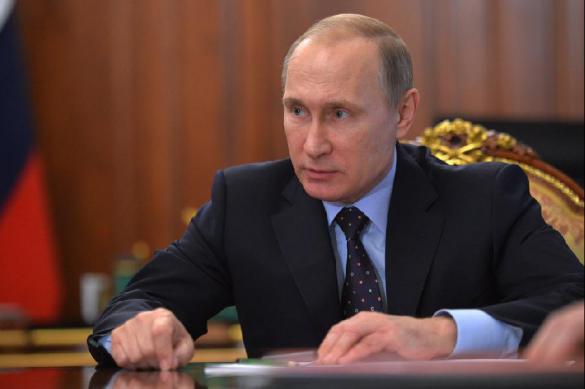 For the time being, Vladimir Putin has canceled at least two of his upcoming public events. On Tuesday, Feb. 13, he was to hold a meeting on civilian microelectronics. The meeting, which was supposed to take place in the Kremlin, is not going to take place, a source close to the organization of the event says. On Wednesday, Putin was to participate in a forum of the Agency for Strategic Initiatives. In early February, Putin publicly promised to come to the forum. However, the visit to the event has been allegedly canceled.

President Putin earlier canceled his trip to Sochi, where he was supposed to go on Monday. The next day, Putin was in Moscow, where he had a meeting with the head of Palestine, Mahmoud Abbas and with winners of "Leaders of Russia" contest. Putin had a husky voice and apologized for speaking quietly. Indeed, a video from the meeting clearly shows Putin not feeling well.

A source close to the Kremlin, who participated in the organization of one of the canceled events with Putin's participation, said that they did not receive any official explanations from the Kremlin. It was said that Putin could change his schedule because of certain events in Syria.