Russian Su-25SM3 assault planes were equipped with Vitebsk self-defence systems, which makes them invulnerable to MANPADS attacks. In particular, the system protects against missiles with thermal homing heads such as Stinger or Igla missiles, the Rossiyskaya Gazeta wrote. 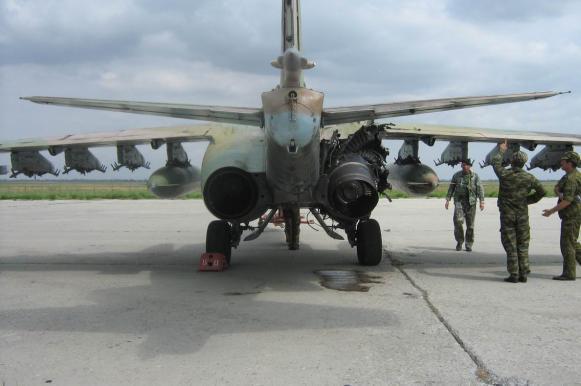 This complex is installed on all Ka-52 helicopters, as well as on Mi-8 choppers in Syria. On October 8, 2016, one of those helicopters remained intact after it was attacked from a man-portable air defence system. The new modification of the Su-25SM3 is to go into service very soon.

On February 3, 2018, a Russian Su-25 was shot down in Syria. The pilot ejected, but was killed in a combat action with terrorists on the ground. The Su-25 was attacked from a portable air defence missile system (MANPADS).

In addition to the Vitebsk system, the updated version of the Su-25SM3 is outfitted with electronic warfare systems, which will make it more difficult for radar-guided missiles to attack the aircraft. To crown it all, the assault aircraft will be able to strike all types of ground-based targets and conduct air battle.