The Ukrainian authorities will "carefully look" into the proposal from Russian President Vladimir Putin to deliver the remaining Ukrainian military equipment in Crimea to Kiev. 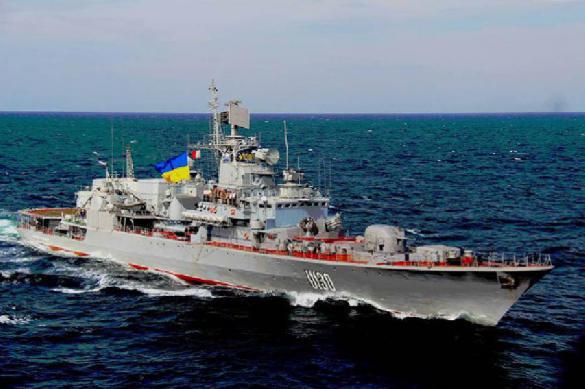 According to the Commander of the Ukrainian Navy, Vice-Admiral Igor Voronchenko, Kiev should not remain a "coin to exchange," because the offer to transfer the hardware to Kiev may hide a certain "game" that the Kremlin is playing.

Voronchenko also noted that the final decision on the matter would be taken "on the level of the top political leadership of the country." He also said that virtually all the military equipment that was staying on the territory of the peninsula had been allegedly repaired.

"Corvettes Ternopil, Pridneprovie, Khmelnitsky are on the move, two minesweepers Cherkasy and Chernigov are on the move ... The submarine was 70 percent repaired, there was a need to replace the valves," he said.

On January 11, during a meeting with the heads of Russian media and news agencies, President Vladimir Putin said that Russia was ready to deliver military ships and aircraft from the Crimea to Ukraine. All the equipment in question is "in a deplorable state," Putin noted.

The Ukrainian military, Putin said, can take dozens of ships and aircraft, but ammunition must not be transported and will have to be disposed of on the site.

Prior to this, Ukraine's ex-Minister of Defense Yury Yekhanurov said that the military hardware was outdated even before 2014. "It is so obsolete - it is scrap metal that business people of Ukraine will gladly accept."

It is worth noting here that Ukraine has decommissioned and disposed of 19 combat ships and boats since the time of gaining independence. At the same time, Ukraine has built only five ships - the Getman Sagaidachny frigate, Slavutich large reconnaissance ship, Lutsk and Ternopil corvettes and airborne assault ship Donetsk - all similar to Soviet projects.

Ukraine doesn't have the navy NATO could save
Author`s name: Editorial Team
World
WWIII in the making right now as Russia readies something big