The hysteria in the West associated with the emergence of the Russian flag is based on objective, rather than far-fetched reasons, Captain Oleg Shvedkov told Pravda.Ru. 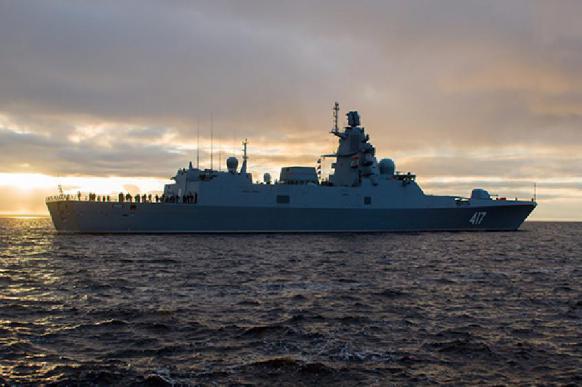 The British Defence Ministry reported on its website that the HMS St Albans of the Royal Navy was escorting the Russian frigate Admiral Gorshkov in the North Sea.

Britain's Defence Secretary Gavin Williamson stated that he would not hesitate if he had to make a decision to defend his country, the people and national interests, nor would he "tolerate any form of aggression."

The activity of Russian warships off the coast of the UK has increased lately, officials with the British Defence Ministry said.

Chairman of the All-Russian Professional Union of Servicemen, Captain Oleg Shvedkov told Pravda.Ru that any type of demonstration of the Russian flag abroad causes irritation among Western "partners" of Russia.

"We see massive psychosis in the West associated with a military threat from Russia. They consider us an aggressor state, although we do the things that we used to do 20 and 30 years ago. During the 1990s and before the middle of the 2000s, we did not have a technical opportunity to appear outside Russia and demonstrate our military might and capabilities. They are not used to it in the West now," the expert said.

Oleg Shvedkov explained that the threat voiced in the UK about Russian submarines that may disrupt trade and military communications over undersea cables does not apply to surface ships:

"We have special forces to destroy undersea cables, but surface ships are not engaged in such activities because of large depths. Cutting undersea cables is only possible in conditions of military danger or wartime," he added.

Admiral Gorshkov is a Russian frigate equipped with guided missile weapons, the vessel is 135 meters long 16 meters wide and has the displacement of 4,500 tons. The ship can develop the speed of 30 knots and navigate autonomously for 30 days.