Putin: Russia can handle all problems without any help from the outside

Russian President Vladimir Putin said at the forum of the All-Russian People's Front that Russian people would be able to cope with all problems, while Russia would become a world leader without help from the outside. 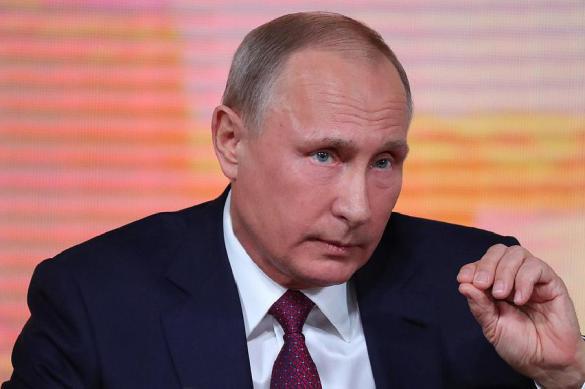 Speaking before participants of the forum "Russia looking into the future," Putin said: "After the collapse of the Soviet Union, we had heard a lot of sweet and good words, but in reality no one was helping us. We did not count on it, we do not need any help from the outside."

"We must adequately respond to fateful historical challenges, such as achievements of our people, the creation of a new economy, the development of the Arctic, the Far East, Siberia, and all regions of our vast country. Finally, there is a challenge for the future - a real revolution in medical technology, in technology per se, in education," Putin added.

"We will certainly break through to new competencies that we need for development, there is no doubt about that. We should take the lead in knowledge, intellect, in social and cultural development and, of course, we must preserve our identity," Putin said.

Russian President Vladimir Putin announced his intention to run for president in 2018. Putin was first elected to the post of the head of state in March 2000. Four years later he was re-elected. In 2008-2012, Putin chaired the Russian government. In 2012, he was elected President again. The next presidential election will be held on March 18, 2018.