McCain produces more venom that he can spend on others

In a Fox News Sunday program, US Senator John McCain said that Russian Foreign Minister Sergei Lavrov did not belong in the Oval Office. 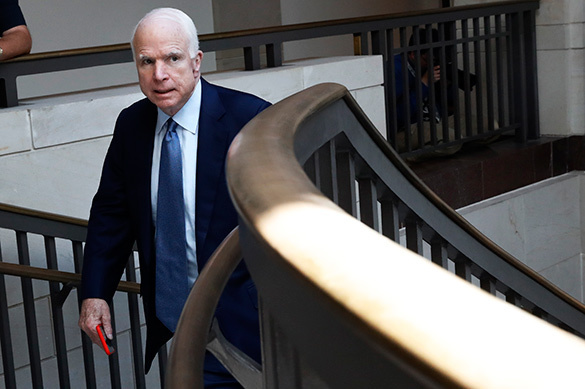 In the interview, commenting on the recent meeting between Lavrov and Donald Trump in Washington, John McCain spoke about Russian Foreign Minister Lavrov and President Vladimir Putin in an offensive manner. He called the Russian foreign minister a "propagandist" and a henchman for President Putin.

Maria Zakharova, an official spokesperson for the Russian Foreign Ministry, responded to the insults that John McCain expressed in the interview.

"Apparently, McCain produces more venom that he can spend on American political figures. McCain hasn't't been bringing out any emotions but pity for long," Zakharova said.