US President Donald Trump handed over secret data to Russian Foreign Minister Sergei Lavrov and Russian ambassador to the US Sergei Kislyak during the visit of the Russian delegation to Washington, reports The Washington Post. 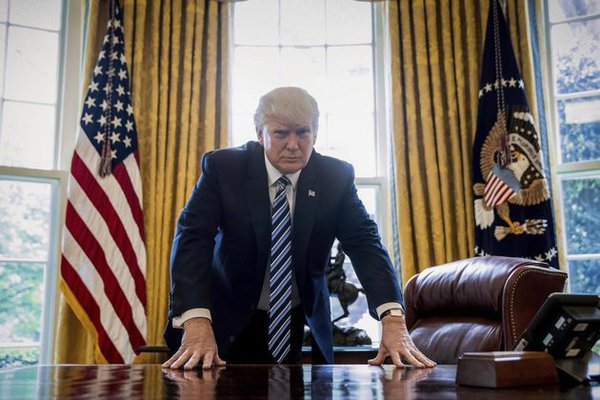 The information concerned Islamic State (ISIL) terrorist organisation (banned in Russia). Thus, President Trump jeopardised the source in the United States that had provided information to the US administration about the terrorists.

The US administration obtained the information through a secret data exchange mechanism. Messages in the mechanism are only available to a limited number of people in US power structures, not to mention the fact that the US does not disclose any information from the source to its allies. However, Trump has decided to break the tradition, without receiving permission from the source.

It was reported that US officials took urgent measures to curb the damage by contacting the CIA and the National Security Agency.

Later, however, the US refuted the transfer of secret information to Lavrov. US Secretary of State Rex Tillerson said that President Trump discussed only the nature of specific threats with Lavrov.

During his visit to Washington, Russian Foreign Minister Sergei Lavrov conveyed a message from Russian President Putin to US President Trump. The Kremlin confirmed the information adding that the contacts between the head of the Russian Foreign Ministry and the US president were carried out during the conversation that took place between the leaders of the two states. No further details were revealed.

UPDATE: Officials spokesperson for the Russian Ministry for Foreign Affairs, Maria Zakharova, said that the above-mentioned article in The Washington Post about the exchange of secret information between Putin and Trump was fake news that deserves no attention.