Officials spokesman for Russian President Putin, Dmitry Peskov, stated that Moscow was watching the escalation of tensions on the Korean Peninsula with great concerns. Russia advocates a peaceful settlement of the crisis, he added. 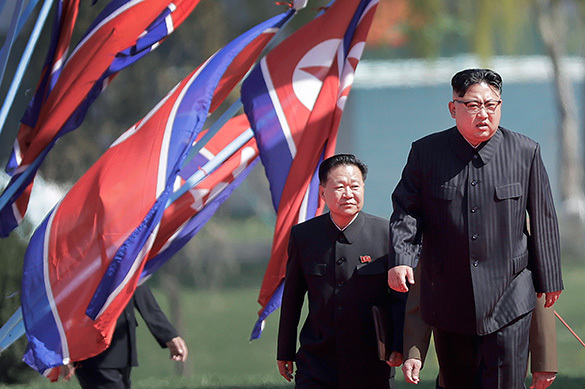 "We urge all countries to show restraint. We caution countries against any actions that could involve provocative steps," Peskov said in an interview with FM radio.

Peskov added that Russia shares a "fairly consistent position on the non-proliferation dossier" and continues to be a supporter of the policy of diplomatic methods for resolving crises, including the North Korean one.

Earlier, Pravda.Ru reported that Russian nuclear scientists said that in the event of the worst scenario, radioactive contamination will threaten the Korean Peninsula, China and Japan.

"We analyze the situation and calculate risks. Russia is too far, but the threat still preserves, of course," Leonid Bolshov, director of the Institute for Safe Development of Nuclear Power Engineering of the Russian Academy of Sciences told Interfax.

According to the scientists, even if events develop in a military way, the radioactive cloud will not pose a great danger to Russia. The wind rose in the Far East is as follows: in springtime, wind blows from China and the Gobi Desert towards the Pacific Ocean. As a consequence, radioactive precipitation may occur in the Pacific Ocean.