The US State Secretary Rex Tillerson will come to Moscow with a two-day visit on 11 April. During negotiations with Sergey Lavrov, Head of the Russian Foreign Ministry, discussion of international security issues as well as those regarding violations of rights of adopted Russian children is planned. 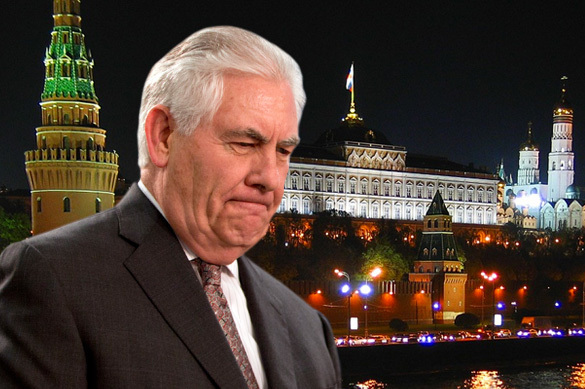 This visit of Tillerson as a State Secretary will be the first one. He intends to raise such questions as settlement of the situation in the south-east of Ukraine, further acts of the countries in Syria, as well as to discuss the North Korean nuclear potential.

Representatives of the Russian Foreign Ministry hope in their turn that the visit will help to reinforce mutual understanding at main international directions.

'The talk will be about necessity to delete numerous irritants in international relations such as arrests of Russian citizens by US special services in third countries, violations of rights of the Russian adopted children in the US and creation of artificial difficulties for our diplomats to meet their duties,' the Russian Foreign Ministry representative said.

Analysts though assume that Tillerson should take some secret offers from Trump, which are to be discussed for good and 'sealed' at the G20 summit. According to experts, the case will be about relations with China, the Syrian conflict, 'redrawing' of the Middle East, ultimate decision on the 'nuclear Kim Jong-un' and issue of a new Europe after Brexit and a range of elections. Ukraine and Crimea surely won't be touched, these are 'closed issues'.

Andrey Manoylo, Doctor of Political Sciences, Professor at the Moscow State University, has told Pravda.Ru that negotiations will be about establishing of relations between Trump and Putin. 'That is, in which format presidents will cooperate with each other. Because it has not been defined yet. Trump has always sent some signals, mainly via his team. But there were so many of those signals, and they were so chaotic that one couldn't define which policy Trump would adhere to. Instead of clearing the US-Russia relations, he has vice versa complicated everything. So, Tillerson flies to unravel the case and agree upon rules of the game,' Manoylo stated.