Russian National Guard (Rosgvardia) is to equip its units with with drones and new types of sniper weapons. 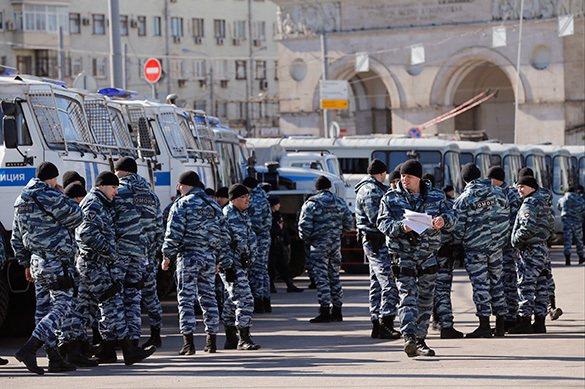 According to Lieutenant-General Oleg Borukaev, drones will be used to monitor mass actions. Main emphasis in the technical re-equipment of the units of the Russian National Guard will be put on special weapons of non-lethal impact on humans, the official said.

The Russian National Guard will not be establishing special units to stop uncoordinated rallies: "If you have noticed, members of the Russian National Guard do not appear equipped with the means that would enable them to prevent ass events. They come wearing plain clothes to prevent provocations and exclude terrorist acts in places of mass gatherings of people," the official said.

According to Borukaev, the purpose for units of the Russian National Guar to be present at mass rallies is to ensure the safety of citizens.