Putin named most powerful man in 2016 yet again

Russian President Vladimir Putin has topped the rating of world's most powerful people according to Forbes magazine. 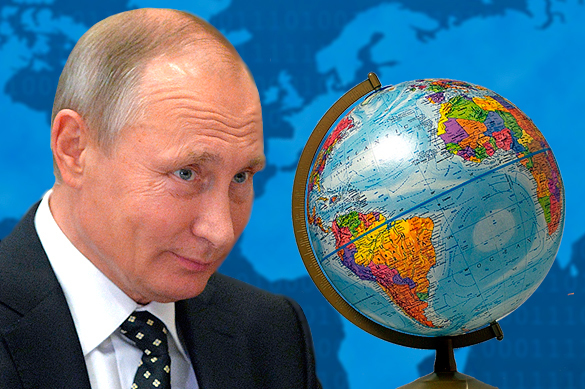 "Russia's president has exerted his country's influence in nearly every corner of the globe; from the motherland to Syria to the US presidential elections. Putin continues to get what he wants,"  Forbes noted.

The second place in the ranking was taken by US President-elect Donald Trump, who was also named Time's "Person of the Year." The third place was taken by German Chancellor Angela Merkel. The list continues with Chinese President Xi Jinping and Pope Francis on the fourth and fifth positions respectively.

Outgoing US President Barack Obama takes the 48th place on the list.

Experts say that Putin's popularity abroad is based on the cult of force. Putin's rating in the United States has been growing despite criticism. According to The Economist, only 27% of Republicans have a negative attitude to the Russian leader, although the figure was 66 percent two years ago.

Noteworthy, the chairwoman of the Russian Central Bank Elvira Nabiullina was put on the list of most powerful women in 2016. This year, she has climbed 15 steps up to the 56th position. German Chancellor Angela Merkel has topped the list for the sixth time with Hillary Clinton coming second. The top three of most influential women in the world concludes with the head of the US Federal Reserve, Janet Yellen.

Most Russians want Putin to run for a fourth term. This opinion is favored by 63 percent of respondents.