Russian sea borders to be guarded by robots 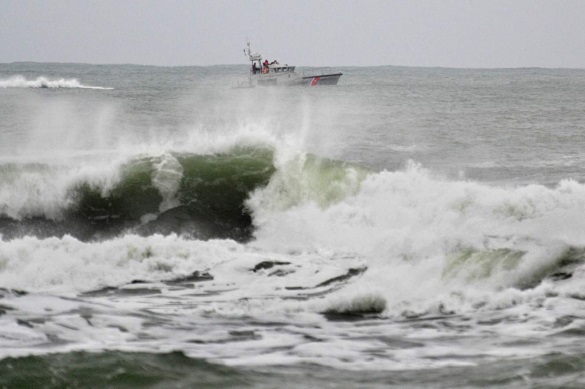 A robotic reconnaissance complex has been created in Russia. It should monitor the state borders and coastal areas.

According to a source in the Russian defence-industrial complex, the sea-based robotic border guard will be able to operate for some days more than 100km off the coast. It will also be capable of being in contact with coastal stations, ships and submarines.

The complex is equipped with state-of-the-art means of communication and radars. It can track targets by itself and transmit all the data on them.

The underwater unmanned submarine was developed at the Institute of Sea Technologies Problems of the Russian Academy of Sciences' Far Eastern Department.

robots russia
16:26
Russian nuclear submarines already on duty off US coasts
15:24
Russia sends 20 warships to the Black Sea to contain NATO
14:13
Russia deploys Su-35 fighter jets, paratroopers and S-400 systems in Belarus
21:35
World War Three: What Russia can do to bury Ukraine and herself
19:00
Liz Truss, the epitome of Lite Western diplomacy
16:23
Russia to decide on the deployment of nuclear arms in Venezuela this week
16:01
Russia launches operational readiness check at southern military units
14:34
Russia and China hold joint naval exercises in Arabian Sea
12:17
Woman dives into ice-cold water to die before the eyes of her family
19:38
Russia unexpectedly scrambles Tu-95 strategic bomber aircraft
Health
Four mutants of the coronavirus