A parachute without a knapsack to jump from ultra-low heights will be created in the interests of the Russian Defence Ministry. 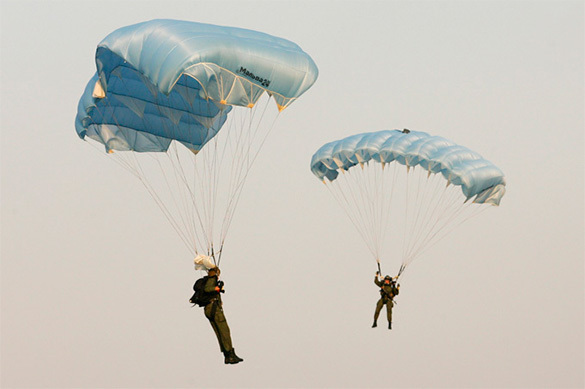 The parachute will be named Shturm and will allow the airborne forces to land from the height of 80m and even 50m in the future.

'Such landing operations are needed when artillery and air strikes are carried out against positions of an adversary and the troops should be deployed as soon as possible,' Dmitriy Tretyakov, Director General of the Scientific Research Institute of Parachute Design and Production reported.

According to him, the adversary is demoralized at the moment and air landing troops should be deployed promptly, until they come round. First samples of the parachutes are being currently tested.

As Pravda.Ru reported, the parachute system D-10 which is used in Russia will be modernized since 2017. Paratroopers will be provided with more convenient harness system and cargo container.

Colonel Mikhail Usipenko claimed that after 2020 the Russian paratroopers will get a new-age parachute system. The system will be developed for the nearest three years, and it will be marked as D-14. The Armed Forces will be equipped with it.