A member of the French National Assembly, Thierry Mariani, who has recently visited the Crimea at the head of the French delegation, refused to answer a question from a Ukrainian journalist, calling it a "crappy" and "disgusting" question. 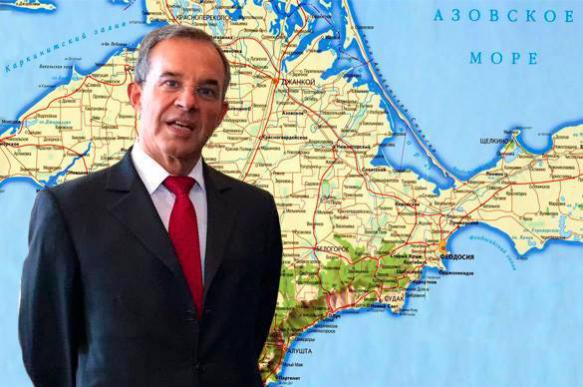 During the TASS press conference on Aug. 1, a Ukrainian media representative asked the French MP how much he has received from the Russian government for the words of support for Russia and the Crimea.

"I do not accept your question. I agree to answer any political questions and any political comments, but your question is, quite frankly, a crappy question, that I will not answer, and I can only express my utter contempt to you," responded Mariani.

Thierry Mariani believes that the international community should recognize the Crimea as part of the Russian Federation and lift sanctions from Moscow.