The previously announced telephone conversation between the presidents of Russia and Turkey Vladimir Putin and Recep Tayyip Erdogan lasted for 45 minutes. Media sources have characterized the Moscow-initiated talks as "productive" and "positive." 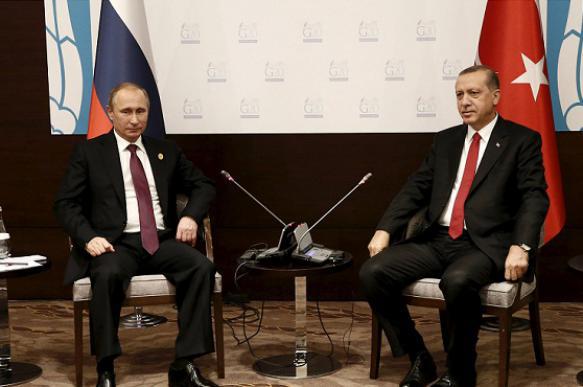 On Wednesday afternoon in the Kremlin told that Putin and Erdogan would conduct telephone conversations. Press secretary of the Russian President, Dmitry Peskov, reported that the conversation will be held at Moscow's initiative. Putin decided to call Turkish President Erdogan after receiving the letter, in which the Turkish leader expressed regret over the death of the Russian pilot, whose plane was shot down by Turkey.

It was also said that the two presidents stressed out their commitment to the common fight against terrorism" and agreed to meet "face to face."