Members of the European Parliament appealed to the head of European diplomacy Federica Mogherini to impose personal sanctions against Russian President Vladimir Putin and 28 other individuals in connection with the case of Nadezhda Savchenko, an officer of the Ukrainian Air Force, who remains in custody in Russia. 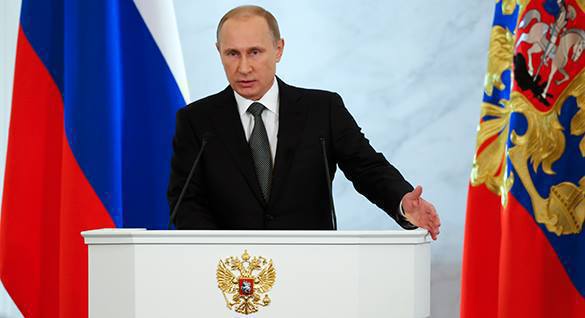 The letter, signed by 57 MPs, lists those who, according to European parliamentarians, "are responsible for the political decision to kidnap Savchenko to take her to Russia, where she would be tried for fabricated charges.

The MEPs believe that personal sanctions should be imposed on those responsible for the "legitimization of Russia's actions in the eyes of the world community."

US Secretary of State John Kerry earlier said that keeping Nadezhda Savchenko in custody in Russia shows that Russia disregard international standards and obligations under the Minsk Accord.

The trial against Nadezhda Savchenko started on September 22, 2015.