Russia to ban imports of all Ukrainian food products in 2016

The Russian authorities have decided to introduce food embargo against Ukraine, Russia's Minister for Economic Development Aleksey Ulyukaev said. According to the official, the decision was made because of Kiev's move to join sanctions against Russia. 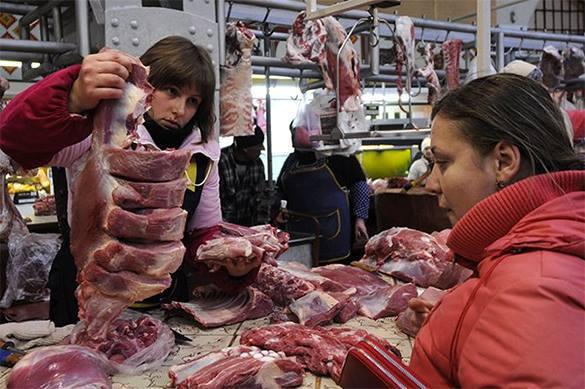 "As long as Ukraine has joined the sanctions against Russia, both economic and financial ones, we have decided to introduce protective measures in the form of the food embargo. The decision will come into force from January 1, 2016," the official said.

"We will have to single-handedly protect our market from the uncontrolled access of goods via the customs territory of Ukraine, from the goods arriving from third countries, from EU countries in the first place," the minister said.

Earlier, EU authorities have called on Russia not to impose the food embargo on Ukraine as this would strike an additional blow on the already weak economy of Ukraine.